WHAT DO YOU KNOW ABOUT THE AGED LONG FINANCE AND EVER BOOMING BUSINESS : PROSTITUTION? Farming, Fishing and Prostitution existed shortly after man was formed, it is a Millennial trade, these three businesses or practices never stops even during most deadly wars on the planet. The Subject of discussion is Prostitution which is the act of engaging in sexual intercourse with a man or woman in exchange for material things(food, clothings) or a fee, and had been going on for Thousands of years non-stop. As old as wine business but much older, it's been practiced in the days of our past till the present civilized culture and had withstand several attempts to shut it down or push off the radar and strangely it waxed stronger with age.

The moral jurisdiction to pronounce it a crime is still debatable, it is an undisputed fact that this trade existed in every country and places in existence on this planet. The world Presidents, VPs, Senators, Law Makers, Judges, Juries, District Attorneys, Cops all patronize these traders and then you can attest to the fact that its a real time business and in some regions they pay taxes!

Dated as far back as 2400BC when the earliest records of this trade became known, in temples of demi-goddess Ishtar where women and young chaps attends to the sexual urges of worshipers after the Sumerian priests declare each ritual proceedings open. As homes of several temples or shrines, this dedicated amulets/structures were home ground for three tiers of sex workers(Prostitutes); The first tiers are restricted to sexual rituals in the Shrines, the second tiers however could attend to needs of worshipers outside of the Temples. Tier three could find clients on the streets and outside temple properties as they were the lowest tier and probably the cheapest. After the wider spread of prostitution to ancient Rome, China, Greece etc Emperor Constantine wiped this menace of sacrificial worships with sexual rites off in the 4th century AD by destroying the goddess Ashtart and Ishtar Temples to crumbs.

If you expel prostitution from society, you will unsettle everything on the account of Lusts- Augustine Hippo

In Gen 38: 14-26, Tamar(Judah's daughter-in-law) waits on the highway for Judah(As Sex workers often do in that period), though not an outright Sex worker but she depicted one of the characteristics of this Traders to trick her Father-in-law into getting her pregnant since she never had a child for the Late Judah's Son; and she requested for a Material/valuable in place of a fee(A Goat Kid) as earlier stated that Traders often ask for materials or fees in return for sex.

Also in Jericho, it was accounted that Rahab the Prostitute helped the Israelite Spies(Joshua and the group) escaped through her window in exchange for herself and her family protection during the besiege of Jericho and the Demolition of the Great wall. It was clear Rahab was not the only sex worker around in this age, sex trade had been around even before this account. 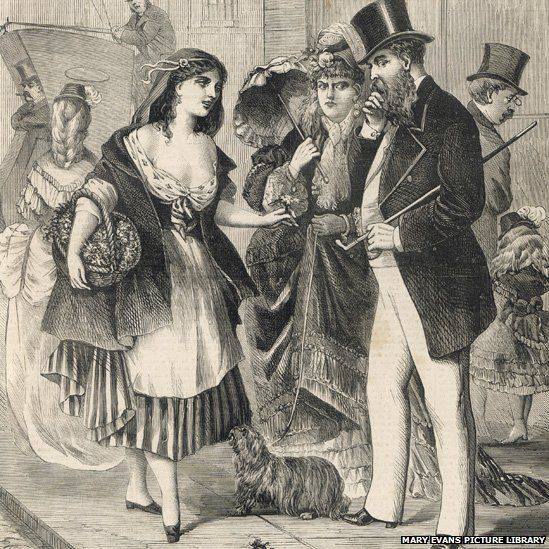 The Aztecs, Incas, Greek, Romans, Asians(Japan China and India) were also ancient practicing cities in sex trades, but this cities continued in the business in the middle age which saw European Empires like Portugal, Spain, England dominate it with black Sex Slaves and Asians. In the broader region of Northern Europe; sex workers were tolerated a bit more because Crusaders patronized them as well as early politicians. Towards the end of the 15th Century, prostitution then faced a fierce opposition due to the outbreak of the first Sexually Transmitted Diseases in Masses- Syphilis. A sexual disease which was presumably transmitted from Naples in France in 1494 which spread like wild fire all over Europe forcing Europeans Rulers to outlaw Sex Homes and Hotels, this made Criminal law more strict from the Banishment of Prostitution. After several mixed of success to abolish sex trades in the 18th Century, sex workers invented condoms as safety precautions(learning from their past error) from "Cow Bowels" and "Cat-guts" in Venice Italy. From the Roman Catholic Church point of view, prostitution is an inevitable social Phenomenon and must be accepted, but those profiting from this trade are condemned by the church while Sex workers are encouraged to repent taking Mary Magdalene as a Role Model Saint considering her as a reformed sex worker as accounted in the Bible.

The early part of the 19th Century was majorly characterized by WWI and WWII, but this also saw the page Act of 1875 passed by the US congress forbidding importation of women for sex trading. The money made in this line of Business had attracted women from all corners of the World irrespective of the conditions i.e low life treatment which many of this women never cared about. Chinese girls and women were sold into sex trading and the money made sent back to the families of this individuals back in China.

1921 saw the signage of International Convention for Suppression of Traffic in Women and Children which made some countries reserve Prostitution as a state Entity. Even though some Activist frowned upon it in the past, but the state of living of this women is not helped by the state/Nation and it's policies.

Sex Trade and the 20th/21st Century

20th century was a twist, sex tourism was birthed in the early parts where tourist from wealthier Nations engage in sex with individuals in developing Countries of their visit. Shortly afterwards in the 20th century, a new Legal disposition was made which prohibits buying but not selling of sex i.e The person paying for sex commits a crime and not the service tenderer; Iceland, Norway and Sweden are among the countries that enacted this laws.

In the 21st Century, UK prohibited prostitution such as running a brothel and paid sex workers by passing the Sexual Offence Act of 1956partly repealed and altered by The Sexual Offence Act 2003. In the United States, Sex Trade was popularly illegal in almost all the states(1910-1915) partly influenced by Women Christian Temperance Union. Until 1953. Alaska was a Zero tolerance state for prostitution!

Sex working had stood the test of time, it has waxed strong. There are Executive Sex Workers now who serviced Heads of States and Presidents of Countries, that signified how high this Trade had rise into power since inception. As much as many Sins of mankind out there, No one has the moral jurisdiction to judge a whore irrespective of the motives behind venturing into this business. But for Health and safety purposes for you and i; This is really a deep shit Business to transact!

Congratulations @oluwoleolaide! You have completed the following achievement on the Hive blockchain and have been rewarded with new badge(s) :